GENDER GAP can be defined “as the differences between women and men, especially as reflected in social, political, intellectual, cultural, or economic attainments or attitudes” (dictionary.com) or  as “the discrepancy in opportunities, status, attitudes, etc., between men and women.” (Oxford dictionary). Despite a general trend towards more equality in society and the labour market, progress remains slow and significant gender gaps persist. Economic independence is a prerequisite for enabling both women and men to exercise control over their lives. Gender mainstreaming can make make a real difference in closing gender gaps by integrating the gender perspective into all policy areas and identifying, addressing and monitoring impacts on inequalities. However, and after several strategic attempts to overcome the gender gap, the different between men and women persist. Global Gender Gap Report (WEF, 2014) analyzed gender gap in 142 countries, through the assessment of 4 variable related to the women participation and visibility in the society. Economic participation and opportunity; Educational Attainment; Health and Survival; and political empowerment. According to the results, disparity between European countries is too great. Five European countries (Iceland, Norway, Finland, Sweden and Denmark) lead the ranking. On the contrary,other five European countries are in bottom of the ranking (Slovakia, Greece, Hungary, Cyprus and Czech Republic). But, if we analyze more in detail each variable,gender gap in Economic participation and opportunity in some European countries is higher than in others, meaning that those countries theoretically don’t spend too many resources to promote the gender equality.

Having said that, European countries countries have achieved gender parity in education attainment, but women remain severely under-represented in key, growth-enhancing fields of education such as science, technology, engineering and mathematics. Labour markets also exhibit many “gender gaps”. Women are less likely to work for pay, and are more likely to have lower hourly earnings, do more unpaid housework than men. The proportion of female entrepreneurs, at 33% (Labour Survey 2013) (30% in start-ups), is some way short of optimum and most women still do not consider entrepreneurship as a relevant career option. The implementation of European directive on self-employed women should remove a major barrier to female entrepreneurship. But the difference still. In this sense, Strategy for equality between women and men 2010-2015 proposed:

Fostering entrepreneurship is a key policy goal for governments of all countries which share the expectation that high rates of entrepreneurial activity will bring sustained job creation and boost the development of new products, processes, and organisational innovation. The report “ENHANCING WOMEN’S ECONOMIC EMPOWERMENT THROUGH ENTREPRENEURSHIP AND ENTREPRENEURSHIP” (OECD 2014) highlighted  the importance to train women on entrepreneurship to empower collective and help overcome unbalance of gender gap in Europe.

Thus, TRAIN THE GAP is aimed TO DEFINE AN EUROPEAN LEARNING PATHWAY ON RURAL WOMEN ENTREPRENEURS THAT IMPROVES ENTREPRENEURIAL COMPETENCES AND SKILLS  EMPOWERING WOMEN OF RURAL AREAS. In order to obtain this main objective, project  sets the following operational objectives:

TRAIN THE GAP partnership is formed by five different institutions coming from four European countries (Spain, Ireland, Lithuania and Sweden) and each of them representing different actors in the project: women association, training providers, university and innovative social research.

Project is addressed to different collectives as follows:

Train the Gap project duration is 24 months, staring in October 2015 and ending in September 2017.

Founded in 1982, AFAMMER was the first association in Spain oriented to promote the development of the women in rural areas. The main objective is to fight against the gender gap through training activities and the continuous collaboration and cooperation in rural environment. More than 2 thousand of women participate in AFAMMER activities. AFAMMER bases its  activity in the following  pillars:

2. Development of employment support strategies allowing rural women working in their towns and villages and conciliating their personal and professional life.

3. Boosting the women presence in decision making process, especially in the organization and bodies responsible for rural public policies.

Vytautas Magnus University (VMU) established in 1922 (re-established in 1989) and ranked as the TOP 700 university in the world. VMU is one of the most liberal and modern academic institutions in Lithuania, boasting an exciting history, nurturing and continuing deep-rooted traditions, playing a leading role in not just Lithuanian, but also the entire Baltic and European intellectual and cultural sphere.

Folkuniversitetet is an adult educational association that offers a wide range of adult education all over Sweden. It is an association of five foundations: the university extensions attached to the Universities of Stockholm, Uppsala, Göteborg, Lund and Umeå. FK has a broad open educational program in a variety of subjects, and also run upper secondary schools, schools in higher vocational education, courses for seniors and training, labour market education and further education and training for working life. 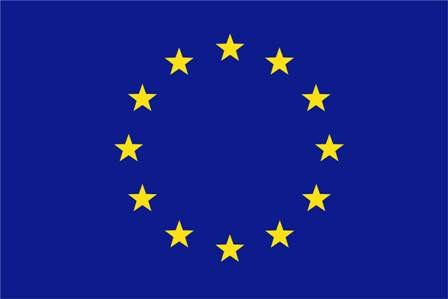